Since May 1943, Sergeant A. I. Koldunov was on the fronts of the Great Patriotic War as part of the 866th IAP. He held the positions of senior pilot, flight commander, deputy commander and squadron commander. END_OF_DOCUMENT_TOKEN_TO_BE_REPLACED 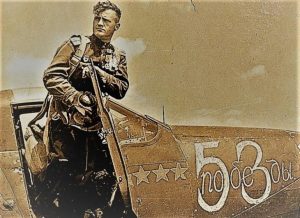 The most productive and FURIOUS PILOT of the century: twice a Hero in the sky and Stenka Razin on the ground…
Nikolai Gulaev was born on February 26, 1918 in the village of Aksayskaya, which has now become the city of Aksay, Rostov Region.
Don daring freemen was in the blood and character of Nicholas from the first days to the end of his bright life. END_OF_DOCUMENT_TOKEN_TO_BE_REPLACED 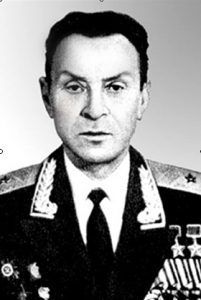 Kirill Alekseevich Evstigneev was born on February 17, 1917 in the village of Bolshiye Khokhly (now the Shumikhinsky district of the Kurgan region) into a peasant family. In 1935 he graduated from a seven-year school in Shumikha and entered the Chelyabinsk factory school, where he received the specialty of a turner. He worked at the Chelyabinsk Tractor Plant and studied at the flying club. In 1938, Evstigneev was drafted into the Red Army and sent to study at the Biysk Military Pilot School. After graduating from school, Kirill Alekseevich served as an instructor pilot in it. END_OF_DOCUMENT_TOKEN_TO_BE_REPLACED