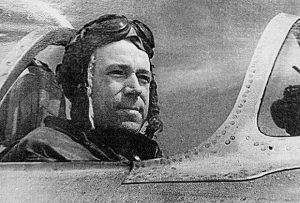 I want to tell about the life of a man with whom a journalistic fate once brought me together. About a man in whom self-esteem and absolute inner freedom were combined with responsibility and duty. About a man who had the courage to follow his destiny, and neither the totalitarian system, nor the war, nor insurmountable circumstances, nor fools, nor roads prevented him from doing this. END_OF_DOCUMENT_TOKEN_TO_BE_REPLACED

Ivan Nikitovich Kozhedub was born on June 8, 1920 in the village of Obrazhievka, Chernigov province. After graduating from school in 1934, he entered the Chemical Technology College in the city of Shostka. Then Ivan became interested in aviation, studying at the Shostka flying club, where he came in 1938. Here he made his first flight, graduated from parachute jumping and flying courses, flying on PO-2 and U-2 aircraft.

In 1940, Kozhedub was drafted into the Red Army and was soon assigned to study at the Chuguev Military Aviation School. END_OF_DOCUMENT_TOKEN_TO_BE_REPLACED

A Soviet military leader, air fighter and commander, an officer selflessly devoted to his work, Kozhedub is one of the most talented Soviet fighter pilots. Air Marshal, Three times Hero of the Soviet Union, he was awarded 2 Orders of Lenin, 7 Orders of the Red Banner and other orders and medals, both in Russia and other countries.

Three times a hero of the Soviet Union, he has 64 victories in his track record. He flew on La-5, La-5FN, La-7, Il-2, MiG-3 aircraft. END_OF_DOCUMENT_TOKEN_TO_BE_REPLACED 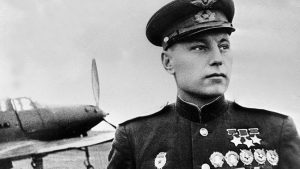 Three times Hero of the Soviet Union, who personally shot down 59 enemy aircraft and six aircraft in a group. He flew the MiG-3, Yak-1, P-39, Aerocobra.

The genius of flying received a baptism of fire in the first days of the war. Then he was the deputy squadron commander of the 55th air regiment. There was a misunderstanding: on June 22, 1941, Pokryshkin shot down a Soviet Su-2 short-range bomber. END_OF_DOCUMENT_TOKEN_TO_BE_REPLACED

Posted in Air Marshal, Alexander Pokryshkin, But this story, immediately presented, shot down 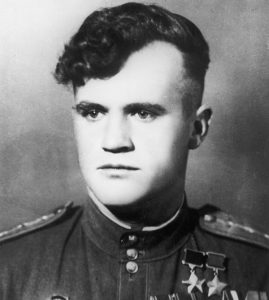 At the beginning of the war, Gulaev was assigned to the air defense of one of the industrial centers located far from the front line. But in March 1942, he, among the ten best pilots, was sent to the defense of Borisoglebsk. END_OF_DOCUMENT_TOKEN_TO_BE_REPLACED